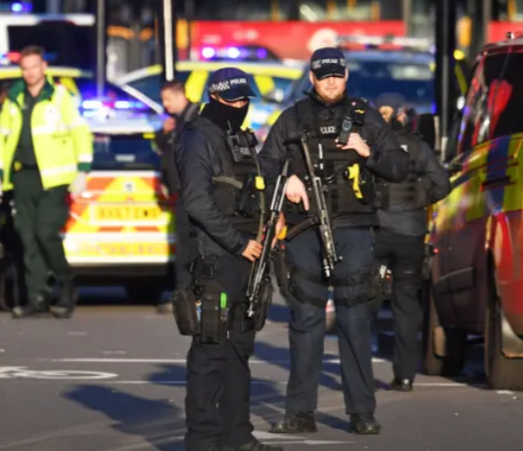 One person was killed and a number of others injured in a terror attack near London Bridgetoday before the suspect was wrestled to the ground by passersby and shot dead by police.

The suspect, who police say was wearing a fake suicide vest, was killed after police were called to a stabbing incident at premises near the bridge shortly before 2pm on Friday, November 29th.

Two people who were injured in the London Bridge stabbing attack have also died according to the Metropolitan Police Commissioner Cressida Dick. These deaths are in addition to the suspect who was shot dead, she added.

Graphic footage posted on social media appeared to show civilians wrestling with a person lying on the ground at the northern end of the bridge, before they were pulled to safety by armed police arriving at the scene. The man, dressed in black, then appeared to try to rise, before firearms officers fired two shots. Police confirmed he died at the scene. It is believed that he was acting alone.

One man wearing a suit appeared to have removed a large knife from the suspect. There is serious concern about the condition of one of those injured.

Boris Johnson paid tribute to those involved in ending the attack and said “anybody involved in this crime and these attacks will be hunted down and brought to justice. As soon as we can provide further updates on their condition we will,” Neil Basu, assistant commissioner of the Metropolitan police, said in a statement outside Scotland Yard.

“Our heartfelt sympathies go out to everybody who’s been involved in this and is anxiously waiting for information on their loved ones. As soon as we can get that information we will get it to you.”

The mayor of London, Sadiq Khan, said later that no one else was being sought over the incident. Due to initial reports that the suspect might have had an explosive device, wide cordons were in place to ensure there was no further danger to the public, Basu said.

The national terrorist level was lowered from “severe” to “substantial” earlier this month. One witness who was on a bus going over the bridge said she thought she saw a “stab vest or some sort of explosive vest” worn by the person lying on the bridge.
Posted by makarella at 3:36 PM