A plane which was carrying a newly married couple has crashed inside a forest leaving everyone dead. 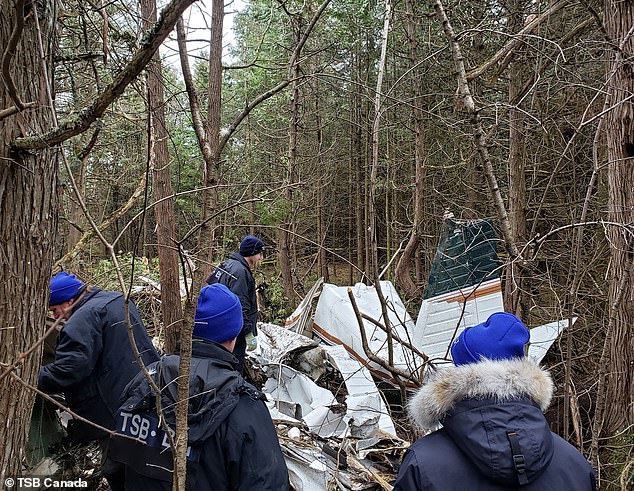 The Transportation Safety Board of Canada shared this picture of the plane wreckage in a dense wooded area in Kingston, Ontario, Canada
Seven people, including a family from Texas, have died in a tragic small plane crash in rural Canada on Wednesday evening, authorities say.


The Transportation Safety Board in Canada announced Thursday that four adults and three children perished in the devastating crash, and five of the victims were Americans.

The victims of the devastating crash have been identified by friends as pilot Otabek Oblokulov, of Missouri City, Texas, along with his wife and their children age three, 11 and 15. According to his social media he was from Uzbekistan. 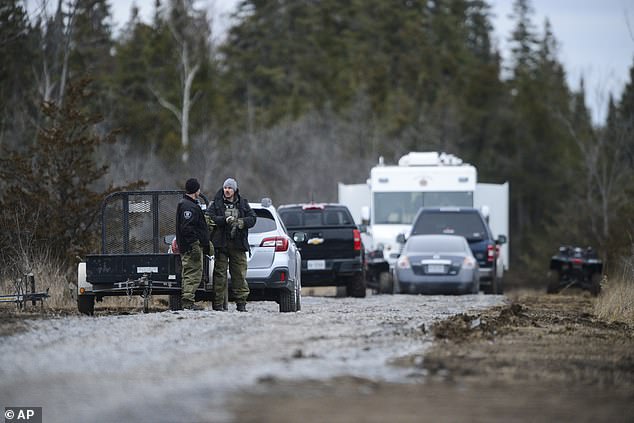 Rescue teams pictured at the site of the fatal plane crash in Kingston, Ontario

The group was travelling in a Piper PA-32 plane that crashed into the dense woodland near Kingston, Ontario, on Wednesday around 5pm ET after the plane went missing earlier that same day.

All passengers aboard the U.S.-registered plane died in the crash. Investigators found that the plane had just six seats despite having seven passengers on board.
The Piper PA-32, better known as the Cherokee Six, took off from Buttonville Municipal Airport in Markham, Ontario headed to Quebec City early Wednesday but during the flight the plane changed its course to Kingston Airport.

The plane came down about four miles from the Kingston airport shortly after 5pm ET and all seven on board the plane died in the crash.
***
Source: Daily Mail UK
Posted by makarella at 12:38 PM