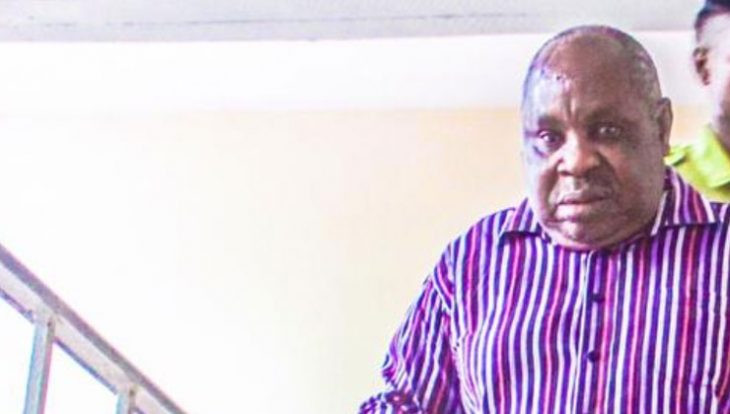 A 69-year-old lecturer who demanded sex in exchange for marks has been handed a 3 year jail sentence in a court judgement passed at Kisutu Resident Magistrate’s Court in Dar es Salaam, Tanzania.

The court heard how Samson Mahimbo was caught naked in a lodging facility while preparing to engage in sexual intercourse with his student on January 11, 2017. The student he wanted to have sex with was a second-year student at the National Institute of Transport (NIT) in Dar es Salaam. She reportedly failed her main exam in transport administrations and was scheduled to re-sit the paper on January 5, 2017.

Mahimbo was accused of abusing his powers by soliciting sex from his student in exchange for good marks in the course she failed.

“When they met, the learner was given the supplementary exam, which she sat for. Mahimbo had carried with him to the date a marking scheme. After ‘sitting the exam’, Mahimbo marked Victoria’s paper and gave her a score of 67 per cent. The two, thereafter, left Shani Bar for a lodging facility known as Camp David within the same area,” the college’s lawyer, Salamba told the court.
“The suspect had begun hugging and caressing the student before attempting to undress her, when they heard a knock on the door. Victoria opened the door and police officers, who had been tipped of the lecturer’s plan, arrested him. His clothes lay on the table at the time,” he added.

The convict who changed his plea after being arraigned on November 11, was given an alternative of Tsh5 million (Ksh220, 000) fine after pleading guilty to demanding sex from his student in order to award her good marks in a supplementary exam.
Posted by makarella at 2:16 PM