A woman has found herself in serious trouble after pouring water on her neigbour. 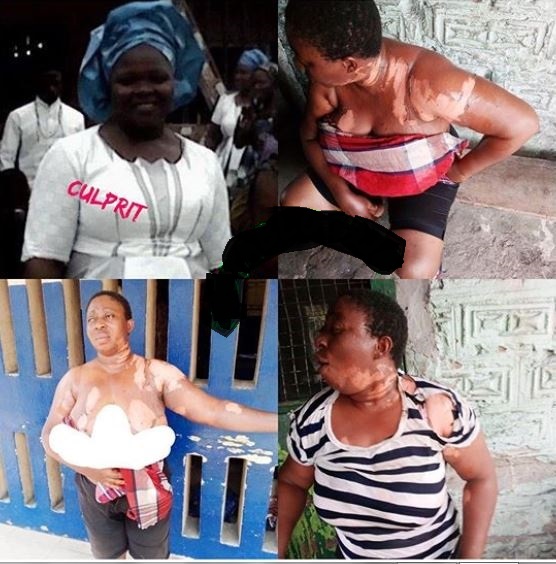 The suspect has been arrested
A woman identified as Mama Daba, has been arrested for pouring hot water on her neighbour, Mama Boma.
According to reports, the two women were having a misunderstanding, yesterday, at their Mile 1, PortHarcourt residence in Rivers State, when Mama Boma was scalded with hot water.
The suspect, who allegedly has a history of assaulting her neighbours, was subsequently apprehended and handed over to the police.
Posted by makarella at 7:23 PM