Revealed: Check Out The Number Of Cars And Houses Burnt In The Onitsha Fuel Tanker Explosion

The number of cars and houses that were burnt in the Onitsha fuel tanker explosion has been revealed. 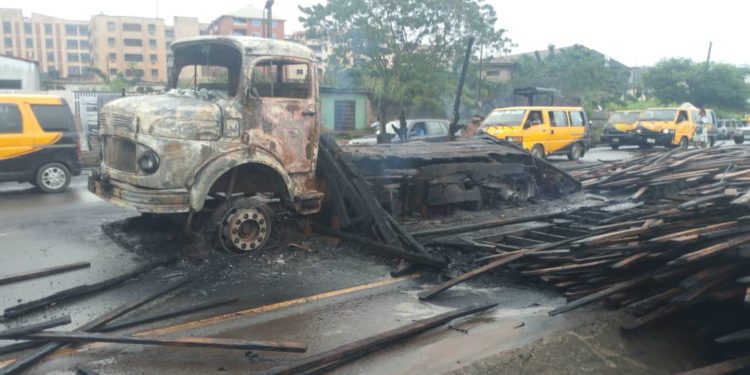 One of the affected vehicles
According to a report by The Nation, not less than 22 vehicles were burnt while eight houses were torched in another petrol tanker explosion along Enugu-Onitsha expressway by Bessoy filling station, Onitsha, Anambra state.


The vehicles, including three caterpillars, were said to be parked in two mechanical workshops along Udodi street Omagba phase 2 of the commercial city.

The incident, coming barely 48 hours after a similar explosion in Upper Iweka and Ochanja market, was said to have occurred around Omaba Phase 2 at the wee hours of Friday.

The tanker carrying petrol was said to have fallen in the middle of the road, spilling its contents along the drainage channels.

The Nation gathered that some residents near the area ran out of their buildings for fear of being consumed by the inferno.

Properties worth millions, including buildings, vehicles and other valuables were reportedly gutted by the fire. 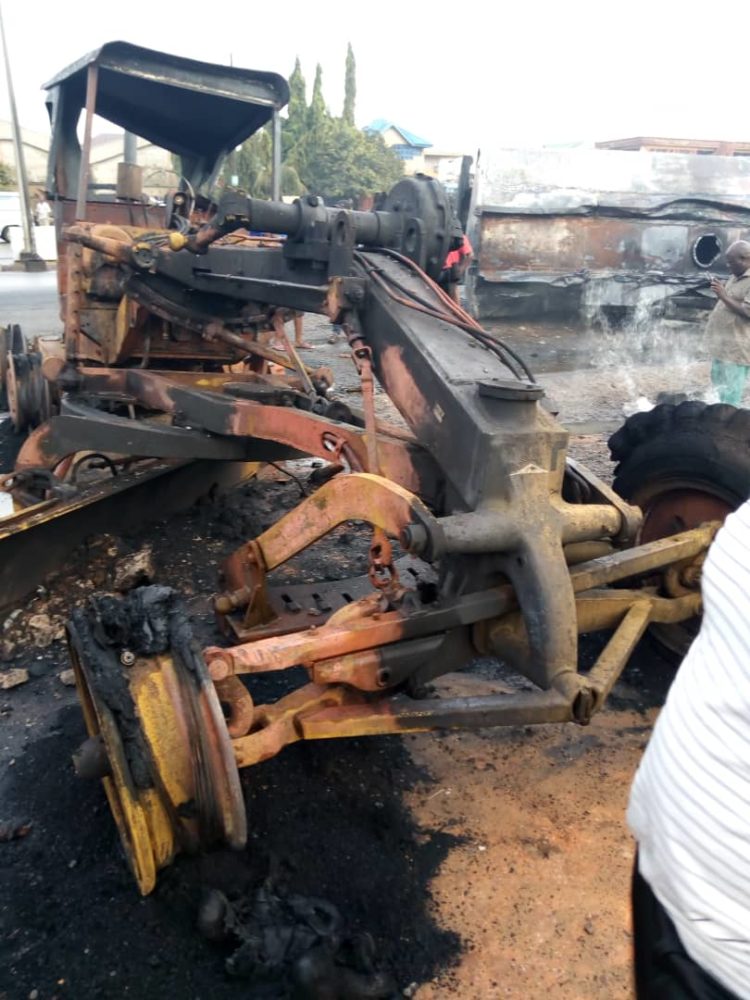 He, however, commended the State Fire Service for prompt response.

Confirming the incident, Police spokesperson, Haruna Mohammed, said the Commissioner of Police, John Abang has ordered discreet investigation to ascertain circumstances surrounding the incident.
He said: “At about 03:26am, a trailer loaded with petroleum product at Omoba Area along Enugu-Onitsha Expressway, collided with a truck and ignited fire burning three Caterpillars, 22 vehicles parked in two mechanical workshops.

“Police patrol teams led by the Area Commander Onitsha rushed to the scene and cordoned off the Area to prevent hoodlums from taking advantage of the situation to loot and fire Service department was equally contacted which responded promptly and put off the fire before it becomes intractable.

“Meanwhile, no loss of lives and obstruction was cleared to enable free flow of traffic.”
Posted by makarella at 7:25 PM