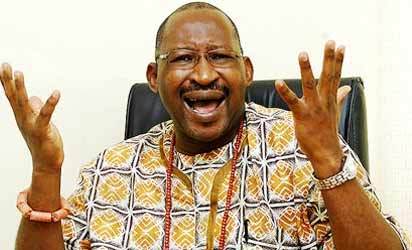 Obahiagbon, aka Igodomigodo, was elected to the House of Representatives in 2007, and he was later appointed as Chief of Staff to Governor Adams Oshiomole in 2011.
In his goodwill message to the nation as it marks 59th Independence anniversary today, the lawyer-lawmaker states:
“As we celebrate Nigeria’s autarky at 59,we must reflect on the urgent need to pull Nigeria out of its marshmallow of centrifugal excrescences that currently weighs against our centripetal agglutinants.

“The Sisyphean challenge to the pax nigeriana of our dreams, more than anything else, still remains our maladorous, putrescent, frankeinstous and opprobrious drift into a cocoon of ethnocentric chauvinism and syphilitic parapoism.

“Until we extirpate the hereinbefore mentioned gorgon medusa, all efforts at nation building amounts to vacuous sciamachy.