Men of the EFCC have apprehended a polytechnic student who defrauded a victim in dollars. 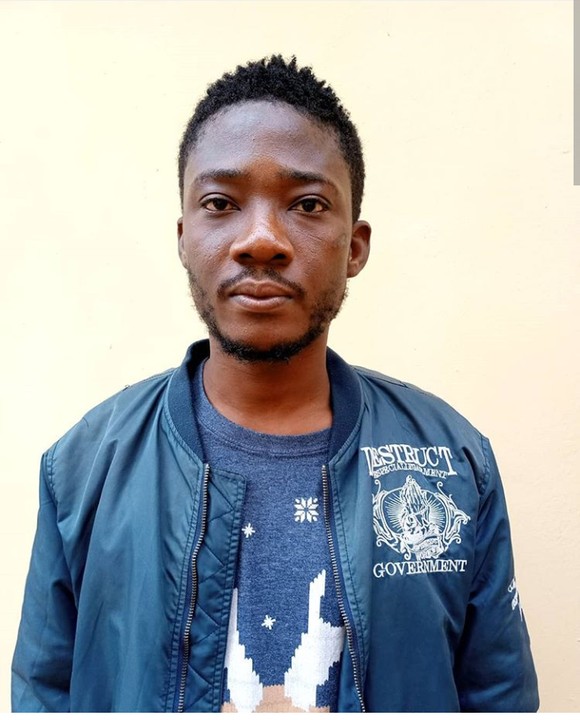 Josephat Ani
The Economic and Financial Crimes Commission, EFCC, Enugu Zone on Wednesday October 2, 2019 secured the conviction of one Josephat Ani before Justice Ibrahim Buba of the Federal High Court, Enugu. He was prosecuted on a one count charge bordering on impersonation and obtaining by false pretence to the tune of $1500.

Ani was arrest on September 2, 2019 based on information linking him into to identity theft, impersonation and defrauding unsuspecting victims of their money.
He was arraigned on September 30, 2019 on one count charge. The charge reads, ”that you Josephat Ani sometime in 2019 in Enugu, within the jurisdiction of this honourable court, with intent to defraud impersonated one General Nelson Moore of United States International Leave Board, Syria Peace Keeping Office: and under the guise gained advantage for yourself by obtaining the sum of One Thousand Five Hundred Dollars($1,500) from one Cindy Sullivan: and thereby committed an offence contrary to section 22(3)(a) of the CYBERCRIMES (PROHIBITION, PREVENTION,ETC)ACT,2015 and punishable under section 22(4) of the same Act.
Ani pleaded guilty to the charge. The prosecution counsel Eunice Vou Dalyop prayed the court to convict the accused as charged.
The defendant's counsel J.C Ene pleaded with the court to temper justice with mercy as the accused was a first time offender, a student studying at the Covenant Polytechnic, Aba. He added that Ani was remorseful.
The judge consequently convicted Ani and sentenced him to one month imprisonment starting from the date of his arrest. He is also to forfeit to the Federal Government, a HP Laptop with serial Number CNU1392YNN, and an iphone 7 with IMEI number 3533230716015. The items are to be sold and the proceeds paid into the Consolidated Revenue Fund while the $1500 shall be paid back to the victim Cindy Sullivan.
Posted by makarella at 3:21 PM