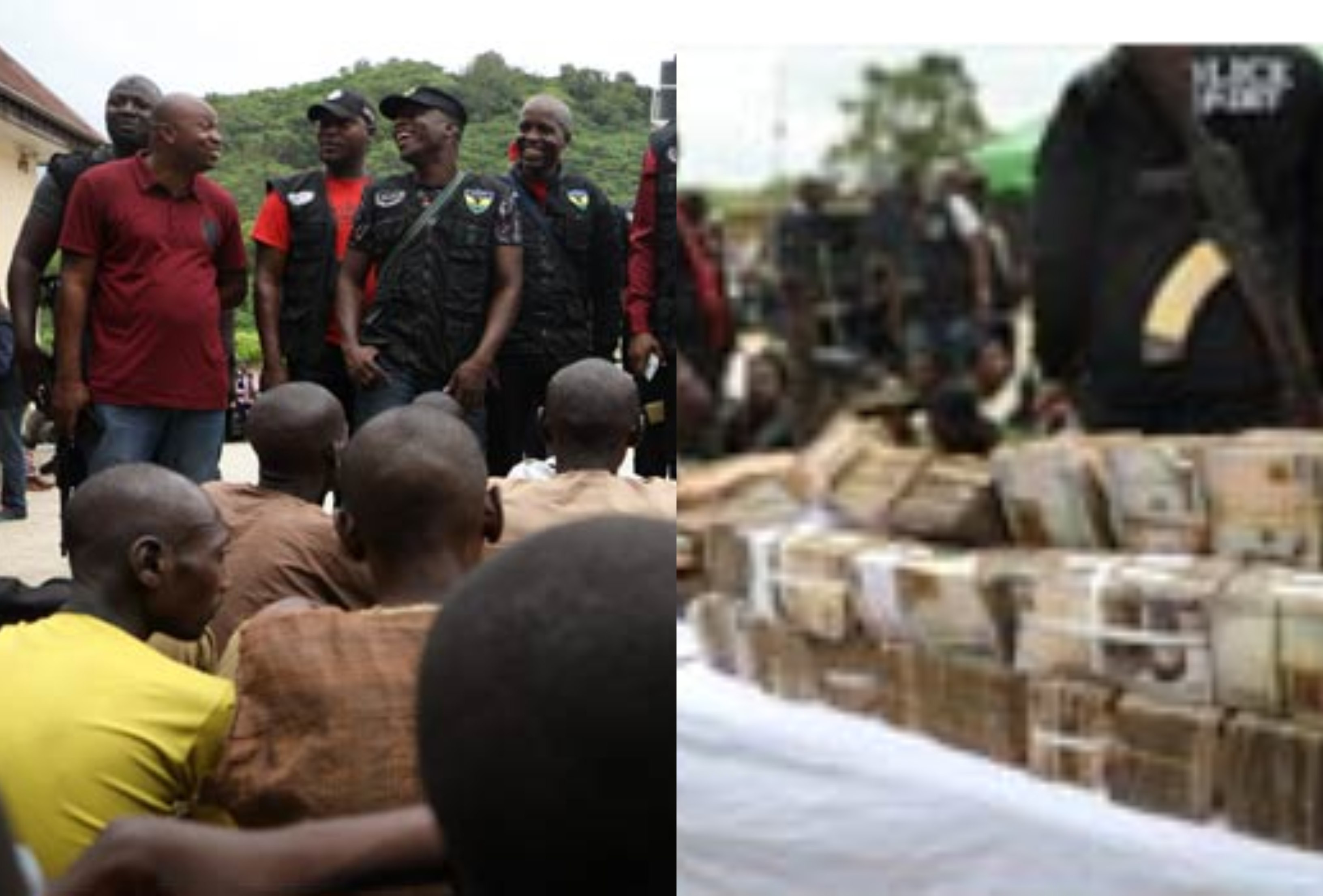 81 suspected kidnappers and robbers arrested by the Nigerian police have been paraded alongside the N10m ransom recovered from them.

The suspects arrested in Taraba, Kaduna and other parts of the country include a gang that abducted a Sokoto lawmaker and another group terrorizing Abuja-Kaduna Highway.

Speaking to newsmen while parading the suspects, the Nigerian Police Public Relations Officer, Frank Mba disclosed that four police officers were killed by some of the suspected kidnappers.
Posted by makarella at 1:05 AM