A yahoo boy has been remanded in jail after being accused of carrying out a N30 million internet fraud. 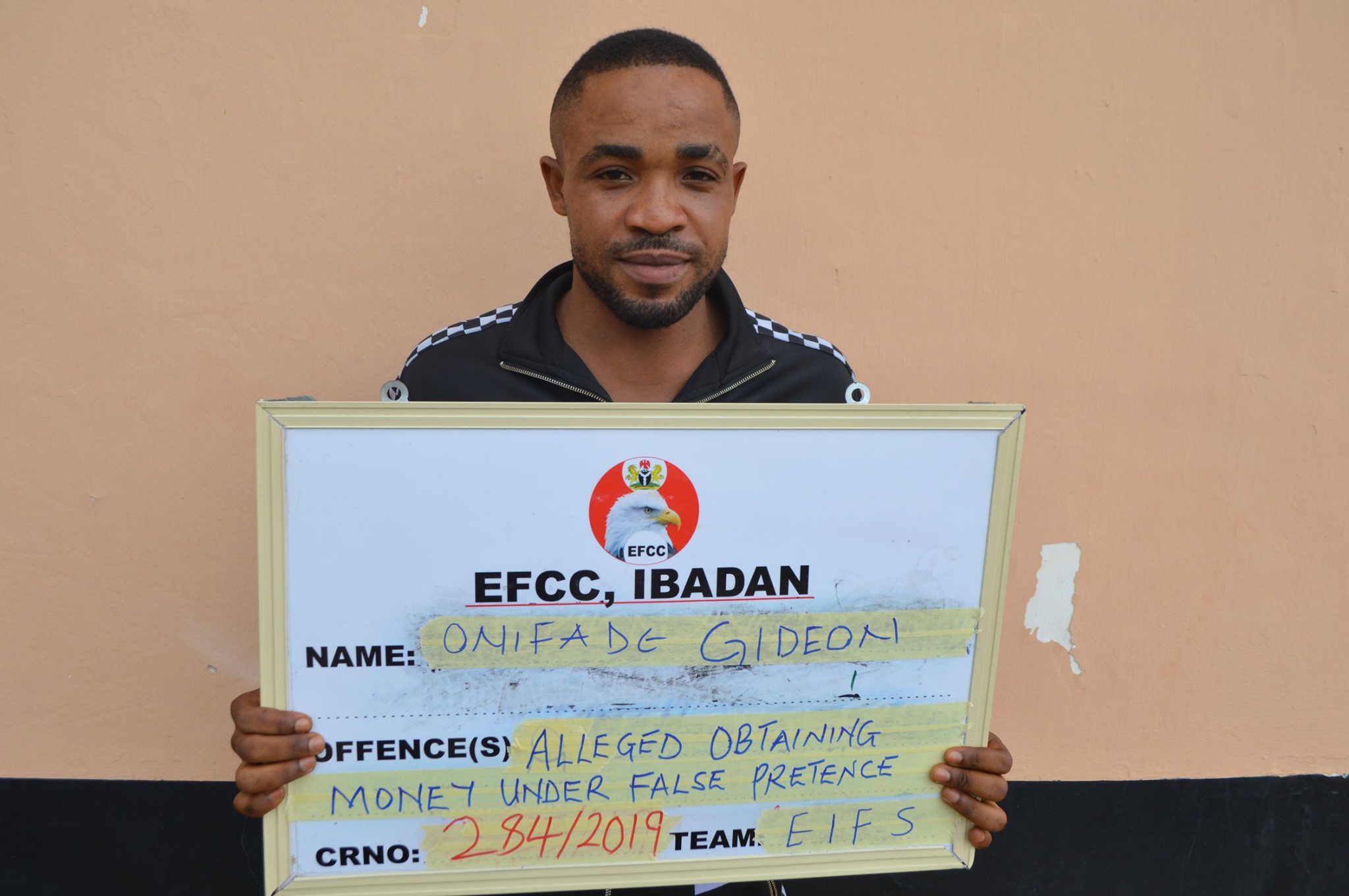 Onifade Gideon Idowu
Justice Patricia Ajoku of the Federal High Court sitting in Ibadan, the Oyo State capital, has ordered that one Onifade Gideon Idowu be remanded in prison pending when a case of alleged fraud filed against him is decided.

The accused was arraigned by the Economic and Financial Crimes Commission, EFCC, Ibadan zonal office, on Wednesday, October 2, 2019, on a five-count charge bordering on forgery, fake representation, obtaining money under false pretence and internet-related offences.

He was said to have explored the internet, through series of fake representations, to illegally receive over N30 million (Thirty Million Naira) and other sums in foreign currencies from victims of his fraudulent activities across the world.

One of the charges reads: "That you Onifade Gideon Idowu (a.k.a Melina Seekng, Melina Shelly James) sometime between the year 2017-2019 at Ibadan, Oyo State, within the jurisdiction of this Honourable court took possession of the sum of N30,000,000 (Thirty Million Naira) paid into your account with UBA Bank Plc with account number - 2091840941 when you reasonably ought to have known that the said funds formed part of the proceeds of an unlawful activity of wit: fraud, and thereby committed an offence to section 15 (2)(d) of the MoneyLlaundering (Prohibition) Act, 2011 as amended and punishable under section 15 (3) of the same Act."

Due to the not-guilty plea, counsel to the EFCC, Murtala Usman, prayed the court for trial date and order to remand the defendant in prison custody.

The judge granted the prayer as he adjourned the case to November 4, 2019 for trial, and ordered that Onifade be remanded in the Agodi prison.
Posted by makarella at 10:26 PM