Main Chick Beats Up Boyfriend's Sidechick At A Mall (Video)

A woman couldn't hold herself after catching her boyfriend cheating with another woman at a mall. 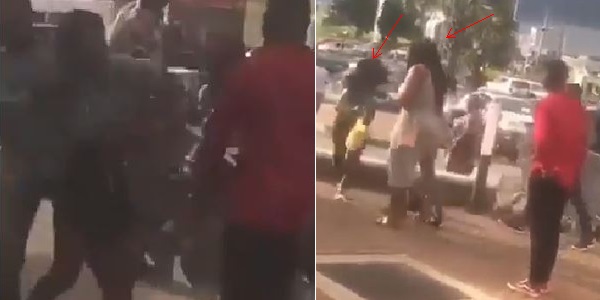 Ladies fighting over man at a mall
Two women have disgraced themselves while fighting over a man at a mall.
It is not clear exactly where the incident happened.
It was gathered that fight broke out at the shopping mall after the main chick attacked the side-chick she caught with her boyfriend.
The main chick angrily took off the side-chick's wig which she used to humiliate her. Bystanders watched as the two women fought while the lover-boy tried to separate them.
Watch video below:
Posted by makarella at 7:15 PM