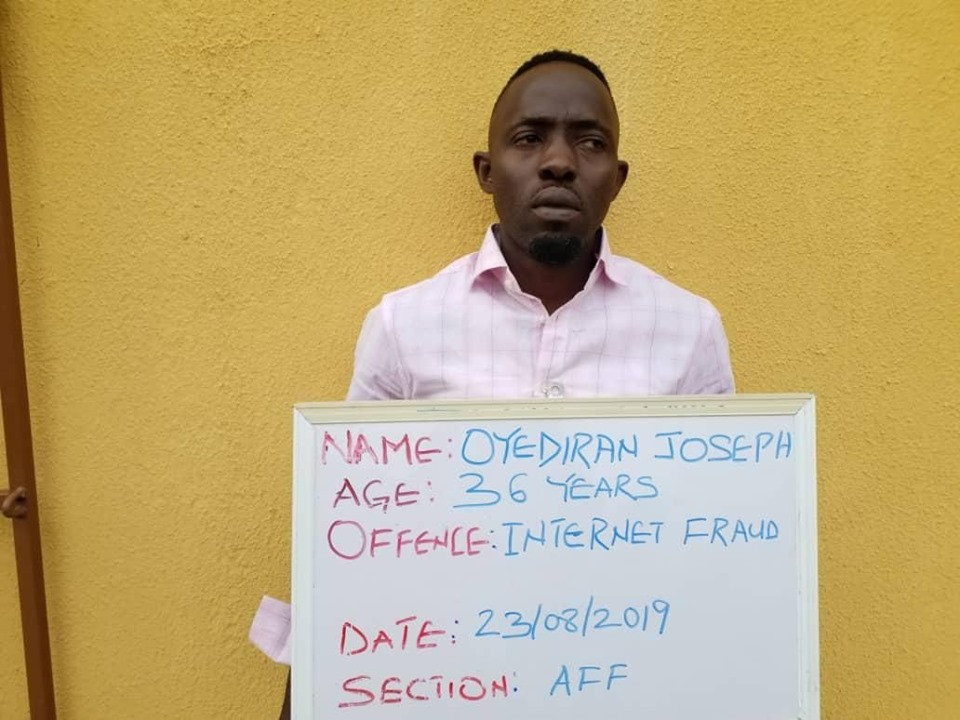 The EFCC, Ilorin Zonal Office, today secured the conviction of one Joseph Oyediran, one of the suspects indicted by the Federal Bureau of Investigations in the United States of America.

Justice Mahmood Abdulgafar of a Kwara State High Court convicted and sentenced Oyediran to one year imprisonment after he relied on all the documents tendered and evidence presented by the EFCC.

The Commission had earlier arraigned the convict on five count charge and pleaded not guilty but later approached the EFCC for a plea bargain agreement.

The Convict was sentenced to one year imprisonment while his one plot of land located at Wara, behind Ilorin West Local Government Secretariat and the sum of Eight Hundred Thousand Naira recovered from him was forfeited to the Federal Government.
Posted by makarella at 4:02 PM