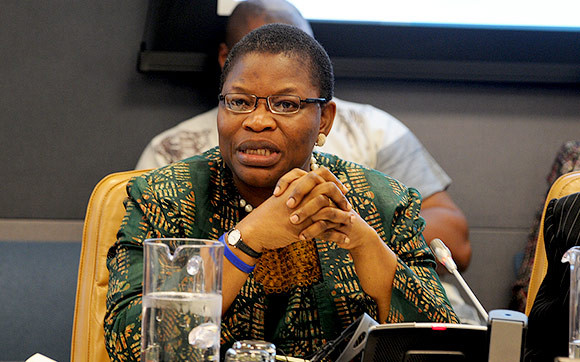 Oby Ezekwesili, former Minister of Education, has queried the continued detention of Omoyele Sowore by the DSS despite the fact that he has fulfilled his bail condition.

Ezekwesili in a series of Tweets, wondered why the President is yet to instruct the DSS to release Sowore to his lawyer, Femi Falana. 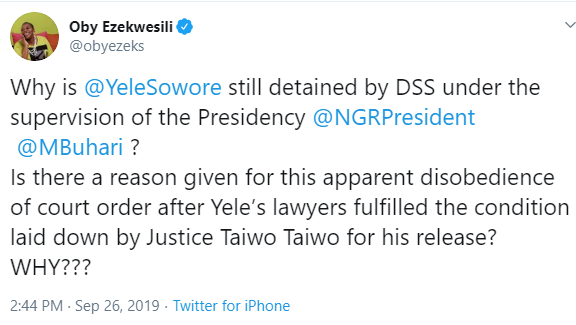 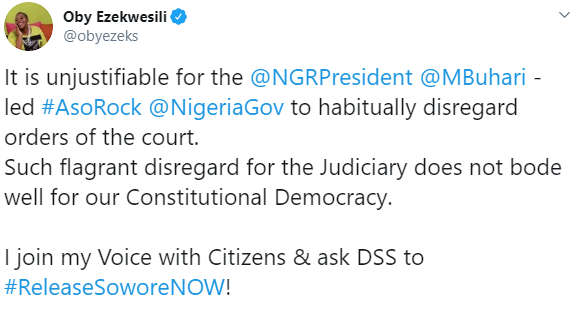 Posted by makarella at 4:48 PM