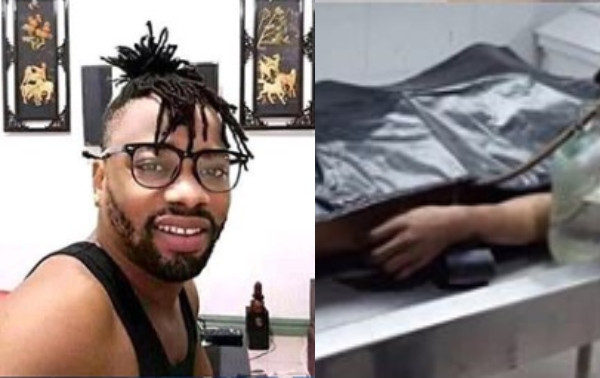 A tragic incident occurred in Manila on Wednesday September 18, as a Nigerian man identified as Harrison popularly known as Awilo was allegedly shot dead by Filipino police.
Click Here To Download Our Android Mobile App

The Nigerian man who was expecting a child with his girlfriend before he was reportedly killed, engaged in an argument with some trigger-happy policemen during a raid at his apartment in the capital city of Philippines.
Posted by makarella at 11:27 PM