As many as two persons have been reported dead after a bus plunged into a river in Osun state. 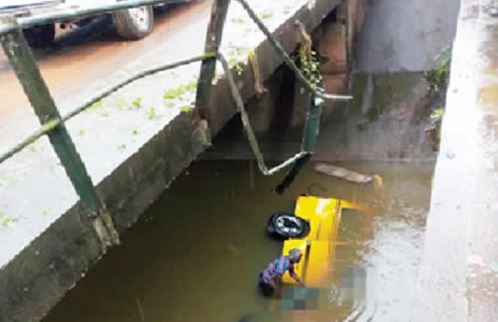 File photo
SaharaReporters reports that two persons have been reported dead after a commercial vehicle plunged into a river in Osun State.
Click Here To Download Our Android Mobile App

According to Folashade Odoro, the spokesperson for the Osun State Police Command, the accident happened at an area known as Oke-Gada in Ede on Monday.

One of the residents of the area said the accident happened around 7 pm. He said the driver was trying to avoid potholes near the bridge on the river.

The occupants of the vehicle were said to have been rushed to a private hospital in the area.
Posted by makarella at 1:10 PM