A promising 400-Level student of the Department of Nursing, University of Ibadan has died after slumping. 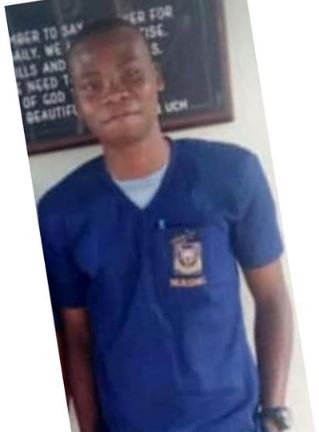 Victor Ajidagba
Tragedy struck on Wednesday as Victor Ajidagba, a 400-Level student of the Department of Nursing, University of Ibadan, slumped and died shortly after writing a test.
Ajidagba was rushed to the University Clinic, known as Jaja Clinic, but all attempts to resuscitate and stabilise him was unsuccessful.
According to students who witnessed the incident, the medical officers on duty fought hard to save his life by administering first-aid treatment but had to refer him to the University College Hospital (UCH), Oritamefa, Ibadan, when they discovered the severity of the case.
He later died in the hospital, despite efforts of the medical officers at the UCH.
Posted by makarella at 5:30 PM