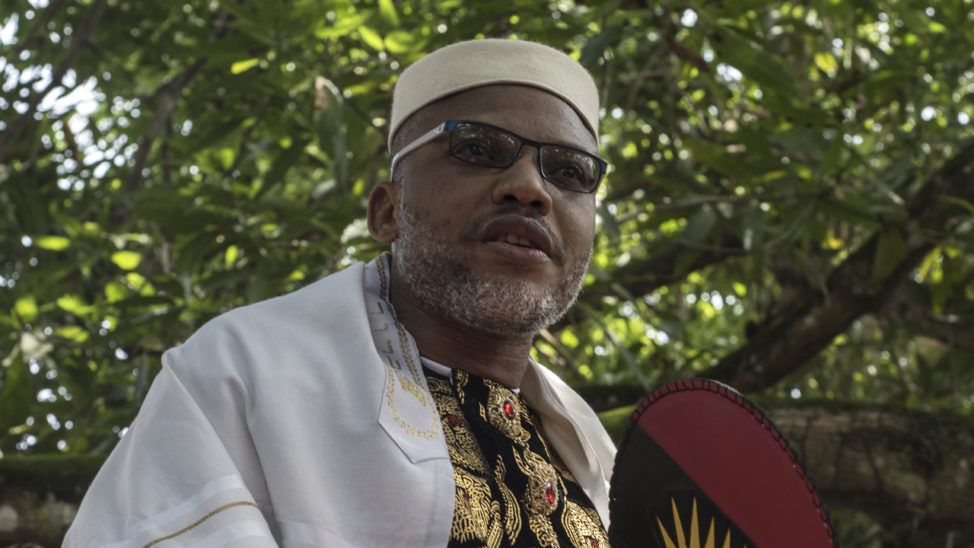 Nnamdi Kanu
The leader of the Indigenous People of Biafra, Mazi Nnamdi Kanu has reacted after German Government refused to arrest some members of the IPOB over the attack on former deputy senate president, Ike Ekweremadu.
Ekweremadu was beaten and almost stripped by IPOB members at an event organized by Ndi-Igbo Germany in Nurenberg, Germany last weekend.
On Tuesday, Kanu tweeted;
“The popular revolt against Ekweremadu has been ruled non-criminal by German govt, yet Fulani apologists (both APC & PDP) are still blinded to the gathering storm that will soon envelop them.”

“It’s no longer about #IPOB alone; it’s about the long-suffering masses of Nigeria.”
Posted by makarella at 6:37 PM