How Fashion Designer Was Disgraced For Stealing Female Underwear In Ilorin

A fashion designer has been disgraced after he was found out to have stolen female underwear in Ilorin. 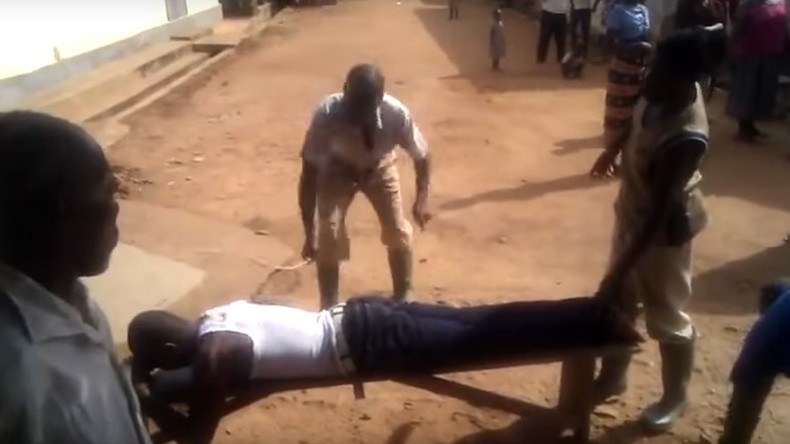 File photo
An Ilorin Magistrates’ Court on Tuesday ordered that a fashion designer, Dauda Azeez, be given 12 strokes of the cane for stealing 16 used female underwear.
Magistrate Afusat Alege, gave the order after Azeez pleaded guilty to theft.
Earlier, the Prosecution Counsel, Cpl. Abubakar Isa told the court that the defendant committed the offence on July 2 at Oke-Kobi area, Chikanda.
Isa said some residents of Oke-Kobi reported the case to the police.
The prosecutor said that when Azeez’s room was searched, 16 used female underwear were recovered.
He said that investigation revealed that the defendant was in the habit of stealing used pants with the motive of sniffing them.
He said that the offence contravened the provisions of Section 287 of Penal Code Law.
Posted by makarella at 1:36 PM