Some foreign doctors arrived Nigeria to access the condition of Sheikh Ibrahim El-Zakzaky who has been in incarceration for over 3 years now. 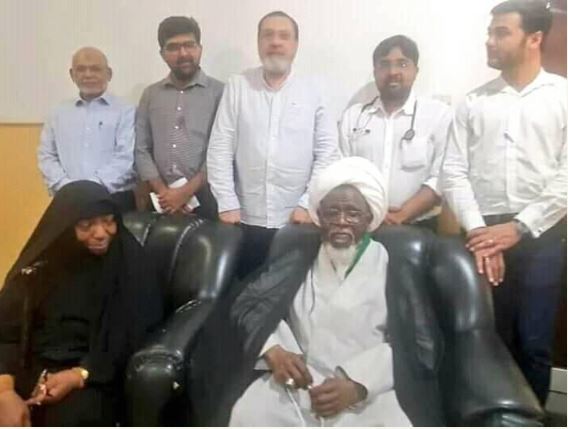 Sheikh Ibrahim El-Zakzaky, wife and the doctors
A delegation of expert doctors and consultants led by Islamic Human Rights Commission (IHRC), has completed an initial investigation on the health of the leader of the Islamic Movement in Nigeria, also known as Shiite, Sheikh Ibrahim El-Zakzaky, and his wife, Zinat.
Both have been held in detention by the federal government since 2015. El-Zakzaky and wife are standing trial over allegations of culpable homicide, unlawful assembly, and disruption of public peace, among others.
This initial report by medical personnel reportedly highlighted the need for urgent investigations into their health which the team hopes will be carried out in next couple of days.
IHRC acknowledges the authorities’ change of position in making this possible and hopes this heralds a full and just resolution of the situation.
Posted by makarella at 11:49 AM