Boat Driver Commits Suicide In Bayelsa After Disagreeing With His Lover

The story has been told of a boat driver who committed suicide in Bayelsa state after disagreeing with his lover. 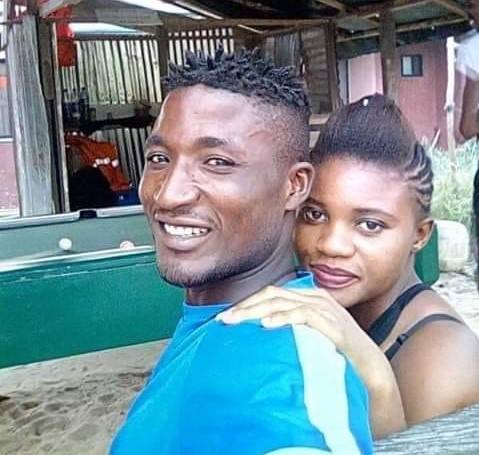 The couple
According to SaharaReporters, Alabo Enai, a 29-year-old boat driver from Kemme town in Twon-Brass area of Brass Local Government Council, has committed suicide over alleged deterioration of his relationship with his lover.
The deceased was reported to have hanged himself with a strong fishing rope in his compound at about 1am on Easter Sunday. He was discovered by his lover.
His lover, identified as Blessing, an indigene of Ologbobiri in Southern Ijaw Area of the State, came back from an Easter party in Twon Brass and met the deceased hanging from the rope.
"Blessing started knocking from door to door with alarm that she did not know what his lover was doing with rope round his neck," a community source told SaharaReporters.
"People rushed out and met him dead. But there was no suicide note. We later gathered from her that they had been having issues over her decision to relocate to her community in Southern Ijaw.

"After he complained about her decision, she reportedly changed her mind and decided to stay. On the fateful day, she said she asked him to come along with her for the Easter show. He declined and told her to have fun."
The saddened lover, a salesgirl within the community, reported the incident at the police station in Twin Brass.
Samuel James, the Youth Leader of Kemme-town, also confirmed the development, saying although the deceased has been buried after necessary traditional rites, the incident remains a sad and mysterious one.
He said the family performed the traditional rite of hanging a white goat till it gave up the ghost as a sign of cleansing the land before the deceased was buried along with the dead goat.
"It is believed that if the deceased boat driver is brought down and buried without the cleaning rite, other members of his family would die mysteriously," he said.
Posted by makarella at 1:05 PM